What is Vacuum Jacketed Pipe?

Vacuum Jacketed Pipe (often referred to as VJ) is a pipe within a pipe. The inner pipe carries an extremely cold liquified gas, and the outer pipe contains a static vacuum shield. The vacuum, combined with a few other proprietary components, keep an amazingly low heat leak between pipes, keeping the inner line very well insulated.

What are bayonet fittings?

Are all bayonet fittings compatible?

No, most manufacturers have their own proprietary bayonet. When using multiple manufacturers, or adding new pipe to an existing pipe system, adapter pieces may be required to make new connections.

What is the heat leak, or static losses, for vacuum jacketed piping?

All vacuum jacketed components have slightly different heat leak numbers, so the best way to accurately calculate heat leak is to have your specific VJ system analyzed. Bayonets are typically the highest source of heat leak, and therefore it is best to minimize joints.

What are the static losses for LN2 storage tanks, such as bulk, micro-bulk, and portable tanks?

All static losses are posted in specification sheets, that are readily available on our LN2 Supply Systems page, however a general rule of thumb is 2-5% of volume, per day. This number is dependent on the size of the tank, age, condition, and pressure kept in the tank.

How do I minimize my LN2 losses in my facility?

Each facility is unique, and therefore has a unique solution for maximizing efficiency. Our engineers typically look for inefficiencies, such as non-jacketed components, incorrectly designed pipe systems, insufficient gas venting, or source problems. Call or email us to set up a consultation for your facility. There are often cheap and easy solutions to creating a more efficient system.

Are vacuum jacketed components worth the cost?

Yes! When dealing with cryogenic liquids, only vacuum jacketed components keep your expensive cryogens as cold as possible for as long as possible. Let us show you the difference between running vacuum insulated systems and other insulations, and you will see how running without vacuums will cost you much more in the long run.

How do I regulate liquid nitrogen pressure?

Easier said than done. Liquid nitrogen and other cryogenic fluids are not easily regulated like their gas counterparts, and therefore distribution piping systems are typically regulated by the supply tank pressure itself. When you absolutely must reduce pressure of liquid nitrogen, an phase separator is required to effectively resaturate the liquid to the lower pressure. A lot of liquid boils off during pressure reduction and resaturation, which is handled by the phase separator. Attempts to regulate liquid nitrogen with a simple regulator (even if it says cryogenic) will normally result in a failure to properly deliver LN2 to the desired location.

Freezer and Equipment Service and Maintenance

I did not buy my freezer from Princeton CryoTech, but I am having problems, what can I do?

Call us! Our freezer technicians have decades of LN2 freezer service and troubleshooting experience, and we do not keep that to ourselves. We can often give you options to try over the phone, or we can offer a service visit to troubleshoot your freezer.

Someone else tried to fix my freezer, but I am still having problems, what can I do?

Call us! Nothing bothers us more than when non-cryogenic technicians claim they can work on your LN2 freezer, only to start replacing expensive components that were not the issue and will not fix your issue. These are not mechanical freezers; the person who services your -80 freezer does not work on LN2 freezers – They are completely different. Princeton CryoTech specializes in liquid nitrogen freezers.

Princeton CryoTech is an MVE distributor, but I have a different brand, can you help?

Yes, and call us! While we stand behind MVE as the premier global freezer manufacturer, we have experience in servicing all brands of freezers. If your freezer is still under warranty, you should always reach out to that manufacturer first for free service, but after that, or if you don’t get the assistance you need, we can work on your freezer for a fraction of the cost.

Do you work on mechanical freezers, such as my -80 degree freezer?

Somewhat, but in a limited fashion. As cryogenic experts, we are often asked to refit -80 freezers with CO2 or LN2 backup. When parts are available, we are happy to perform this work. However, when it comes to the normal operation of a mechanical freezer (-80), we do not sell or service these types of freezers.

Is there regular maintenance that is required on my liquid nitrogen freezer?

Yes, and we are happy to set up a preventative maintenance plan that fits your specific needs. We are very frank with our service recommendations, so we will tell you when parts really should be replaced or when they are just fine. Some of our customers prefer a very conservative PM schedule, where parts are replaced regularly, and some are happy with regular parts and functions checks, only replacing parts when they become problematic. We are happy to discuss your needs and concerns, and come up with a PM plan that fits your facility

How does your cryogenic shipping service work?

We handle every aspect of the shipping process, from prepping the shipper to setting up logistics, and the offering location and temperature tracking in real time, viewable on our online portal. All you need to do is give us the shipment information and requirements, load your samples when the shipper arrives, and place the pre-printed shipping sticker onto the protective container; we handle the rest.

Do I need LN2 at my facility?

Our shippers come to you pre-charged with liquid nitrogen, so no additional lN2 is needed. We send you a shipment specific traveler, which tells you exactly how long your shipper will last.

I am nervous about sample integrity, how can I be sure my samples are safe?

Princeton CryoTech is partnered with MVE Biomedical Equipment, and only use certified and validated MVE cryogenic shippers, the brand known for top quality and reliability. Furthermore, our shippers are decontaminated after every use, and thoroughly reviewed for any hold time discrepancy. Shippers are validated regularly, and your traveler packet will give you information on the shipper’s most recent validation. Finally, our real time GPS tracking and temperature tracking will give you peace of mind that your samples are safe the entire way.

How do I know if something is wrong with my shipment?

Our tracking modules send reports on regular intervals to our master portal, and send us email and text alerts if any data point is out of range. If the unit is bumped too hard, we get notified.

What data points do you track?

How do I know my samples arrived with no issue?

Aside from tracking your samples online, you receive a report of your samples’ transit, logging all the relevant data points. If there was an issue, we can use the multiple data points to decipher if there was improper handling or tampering with the unit during its transit.

What type of cold storage do you offer?

Our storage facility specializes in liquid nitrogen and cold vapor storage, maintaining chamber and sample temperatures between -150° and -196° C.

Should I store in liquid or vapor?

Both offer unique advantages. Liquid storage ensures your samples stay at -196° C, and there is more reserve liquid in the freezer. Storing in vapor (above liquid) can range between -150° and -196° C, and offers protection against cross contamination concerns. Contact one of our consultants for a more in depth analysis based on your specific needs.

What kind of cold storage chambers do you use?

How do I know my samples will stay safely frozen?

Our storage freezer conditions are monitored 24/7, and alert staff of any issues regardless of time of day. Our repository staff are also trained freezer technicians, ready for any contingency. Our freezers are validated and serviced regularly. Contact us for more information regarding our freezer validation and maintenance procedures.

Are there back-up freezers for my samples?

We can offer space in other freezers as dedicated reserve for your samples, depending on what your storage needs are.

What types of sample containers can you store?

Virtually any type of sample you have, we can store. Common sample containers include vials, straws, and blood bags.

How can I get my samples to your facility, or retrieve them?

Access to your samples is custom to each customer’s needs. We can be as hands on as needed, or we can ensure no one enters a customer freezer for any reason.

Is there a minimum or maximum quantity of samples I can store?

No. You can store one sample in a lone box, or you can fill dedicated freezers.

Do I need my own freezer, or can I store in your freezers?

You can choose either option – We store customer freezers, but also store in our own facility freezers. You can also choose to purchase the freezer and keep it at our facility to save on rental costs. Contact our repository staff to discuss your specific storage needs.

How does oxygen monitoring relate to cryogenics?

Any time cryogenic fluids are present, the risk of oxygen depletion is great. Cryogenic fluids can expand as much as 700 times in volume when boiling from its liquid to gaseous phase. Since cryogenic fluids are constantly boiling, creating immense amounts of gas, these gases tend to push the oxygen out of the area, creating a dangerous oxygen deficient environment. It is imperative that every area that has cryogenic liquid, such as LN2, also have oxygen monitoring.

Do you monitor other gases than oxygen?

How do I go about calibrating my oxygen or gas monitoring system?

How much does it cost to have my monitor calibrated?

It can be free! Portable oxygen and gas monitors purchased through Princeton CryoTech come with free calibrations. Customers are responsible for shipping, but a calibration report and service recommendations are free. Calibrations for units not purchased through Princeton CryoTech typically cost around $75 per unit when sent to our location. On site calibrations require a service visit, which is largely based on location. Contact us for an estimate for your oxygen and gas monitoring system. 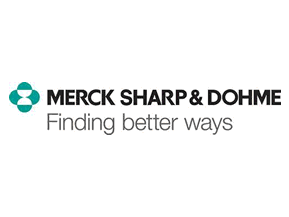 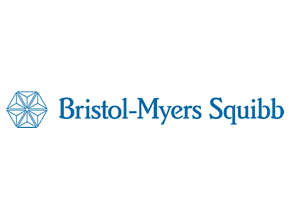 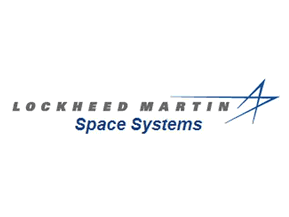 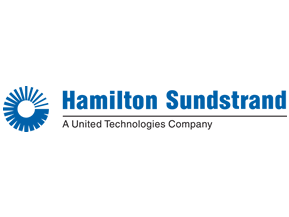 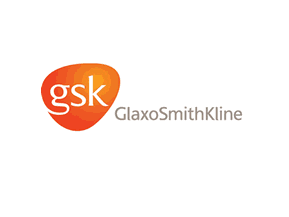 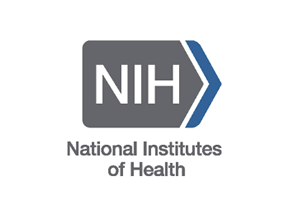 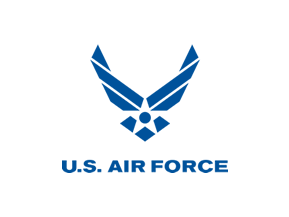 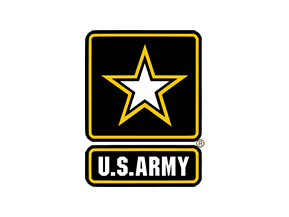 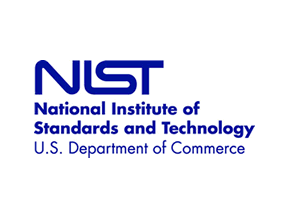 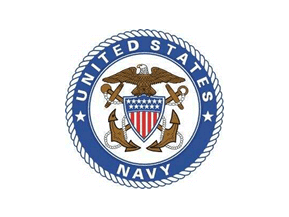 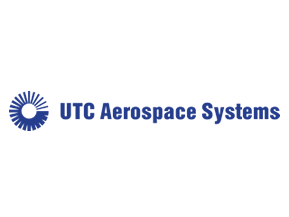 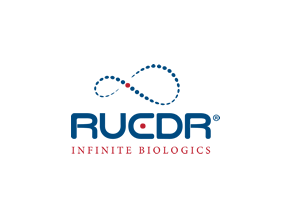